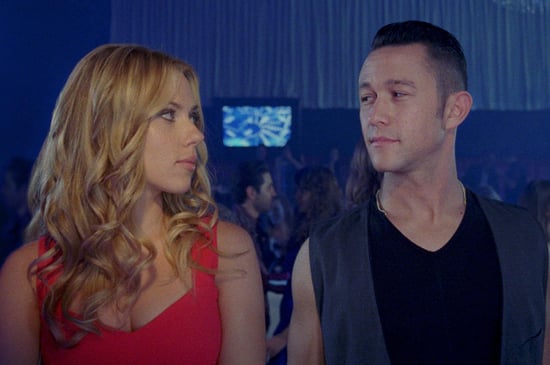 Jon's schedule rotates between the gym, church, and the club, but Gordon-Levitt's best scenes are when Jon is at home with his family. He's constantly getting guilt trips from his mother (Glenne Headly) for not giving her any grandchildren, and his look-alike father (a fantastically entertaining Tony Danza) could not care less about his son's love life until Jon brings the buxom Barbara home. The painfully realistic way Jon's onscreen family behaves is a credit to Gordon-Levitt's cleverly crafted dialogue, and his effort to find the ideal actors to fill the parts. Julianne Moore also adds an unexpected touch to the film in a small part as a mysterious and eccentric classmate of Jon's. Find out more of my thoughts on Don Jon after the jump.

Hero Fiennes-Tiffin
After We Collided: Why Tessa and Hardin Aren't Actually Good For Each Other
by Monica Sisavat 22 hours ago