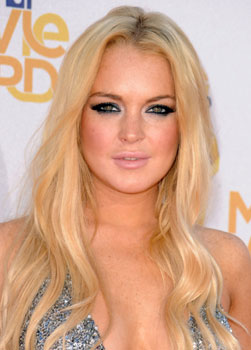 Lindsay Lohan may be currently spending her days tanning her SCRAM bracelet poolside, but her alcohol-monitoring anklet isn't keeping her from potential new projects. Apparently Donald Trump has his sights set on Lohan for the next season of The Celebrity Apprentice.

Of course, nothing is ever set in stone with Lohan — between her legal issues and upcoming films, it's probably hard for the actress to commit to the reality show. I'm not a die-hard fan of Trump's show, but I have to admit I'd be curious to see how Lohan would fare as an entrepreneur. What's your take — would you be interested in watching Lohan on The Celebrity Apprentice?