ABC's new series Don't Trust the B---- in Apartment 23 is an irreverent series, from the title to the inclusion of a supporting character James Van Der Beek . . . played by James Van Der Beek. The former teen heartthrob hit the Winter TCA stage with fellow stars Krysten Ritter, who plays the titular "B----" Chloe, and Dreama Walker, who plays her innocent roommate June, to talk about the show. They joined showrunners to chat about Van Der Beek's Dawson's Creek past and just how terrible Ritter's character Chloe is going to be. 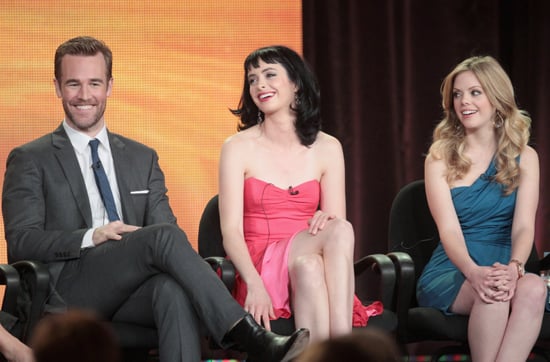 Netflix
If You Liked The Haunting of Bly Manor, Paranormal Should Be Your Next Netflix Binge
by Sydni Ellis 7 hours ago

TV
The Mandalorian: Did You Catch This Fun Cameo in the Season 2 Premiere?
by Amanda Prahl 12 hours ago