It's hard to imagine a stoner comedy called Dude, Where's My Car? would leave such a lasting impression, but with its alien strippers, space-time continuums, and incredibly persistent drive-through workers, it's become an endlessly quotable flick. Fun fact: the title of the movie itself (probably the most recited line from the film) was grabbed from a scene in cult hit The Big Lebowski, so it was probably destined for quotability from the start. What are your favorite lines from Dude, Where's My Car? 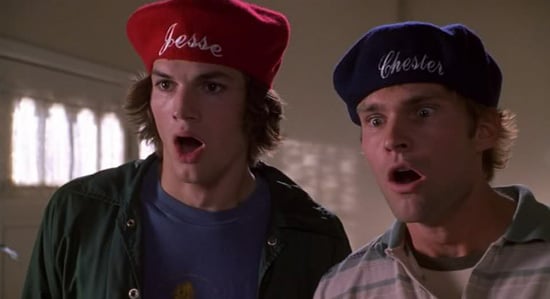 Nostalgia
Think You Know Love & Basketball? Test Your Knowledge of Monica and Quincy's Story
by Hedy Phillips 16 hours ago

Janelle Monáe
Shrouded in Mystery, Antebellum Bungles Its Setup and Miserably Fails Its Twist Ending
by Grayson Gilcrease 1 hour ago

Halloween
I Rewatched Halloweentown as an Adult, and the Storyline Is So Much Darker Than I Realized
by Chanel Vargas 21 hours ago

Harry Potter
I Am a Harry Potter Fan, but Now I'm Rethinking Everything
by Tara Block 22 hours ago