The lucky folks at the Sundance Film Festival were treated to the premiere of The East this weekend, but we get a consolation prize: the gripping trailer has been released. Brit Marling plays Sarah, a woman contracted from a private intelligence firm to get inside an anarchist cult called The East. The group strives to take down various morally corrupt corporations and CEOs — those folks generally relegated to "white collar" prisons — and create serious havoc. As Sarah investigates, becoming familiar with The East and its members (including Izzy, played by Ellen Page), she finds herself drawn to its charismatic leader, Benji (Alexander Skarsgard). 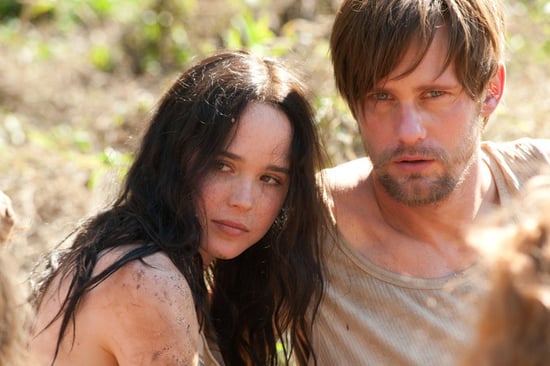 This trailer makes the concept of an extremist group launching a violent revolt feel very realistic, and it actually scares me a little bit. The cult aspect is extremely intriguing, and I'm excited to see Page and Skarsgard paired together on a movie like this. There's no official release date for the film yet, but you can watch the trailer after the jump.