Eclipse hasn't even started its opening weekend yet, but the third film in the Twilight franchise is breaking records already! It broke the record for highest midnight opening ever with over $30 million, a feat formerly held by New Moon. Today comes the news that the film has also raised the bar for highest Wednesday gross of all time, surpassing Transformers: Revenge of the Fallen and bringing in $62 million. Now, the question remains of whether or not it can rake in more than its Twilight predecessors over the weekend. What's your prediction? 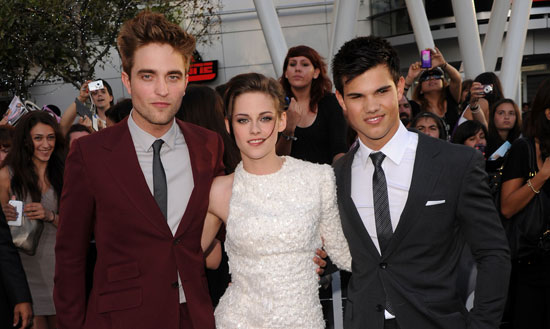 Netflix
March Means One Thing For Netflix Fans: More Movies and TV Shows Are Leaving
by Grayson Gilcrease 9 hours ago

Nostalgia
Pass the Razzles: Jennifer Garner and Mark Ruffalo Had a Sweet 13 Going on 30 Reunion
by Kelsie Gibson 9 hours ago