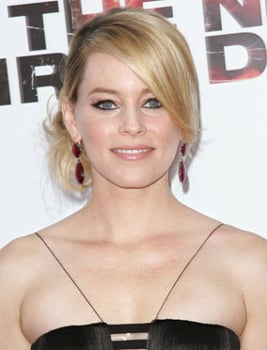 Jack Donaghy's baby mama is about to get more dramatic than usual. Elizabeth Banks is in talks to star in Welcome to People, which is the directorial debut of Alex Kurtzman, the screenwriter of Star Trek and Transformers. The film is about a man (to be played by Chris Pine) whose father dies and leaves it up to him to bring his sister a cut of the will. Here's the twist: the guy didn't even know he had a sister, so he gets involved in her life without revealing their connection. Banks will play the sister, an alcoholic mother of an angry teen son. Banks has been sinking her teeth into meatier roles lately (later this month she'll appear in The Next Three Days), but has yet to convince me that she's better suited for drama than comedy. Which side of her do you prefer?