Elizabeth Berkley channeled her Saved by the Bell character, Jessie Spano, on Monday night's episode of Dancing With the Stars. The actress performed an enthusiastic jive routine with her partner, Val Chmerkovskiy, to the Pointer Sisters hit "I'm So Excited" — and though we're pretty sure you already know Elizabeth's connection to that song, let's just say it has something to do with a manic Jessie and a bottle of caffeine pills. If the '80s throwback wasn't amazing enough, Elizabeth had the support of none other than her former SBTB costar Mario Lopez and received a near-perfect score from the three judges. We got word over the weekend that Elizabeth would be re-creating the iconic scene, and she confirmed the news herself with a series of tweets leading up to the big event; speaking of social media, please check out this incredible tweet from Mark-Paul Gosselaar (aka Zack Morris) before Elizabeth hit the dance floor:

We just can't deal with this Saved by the Bell overload — we're so excited! Watch the original moment from Saved By the Bell below.

Nostalgia
Like, Whoa! Aly & AJ Announced Their New Album to the Tune of "Potential Breakup Song"
by Chanel Vargas 9 hours ago

Gilmore Girls
Paris Geller Was Ahead of Her Time, and Gilmore Girls Didn't Deserve Her
by Christine Shanahan 11 hours ago

Jamie Lynn Spears
The Zoey 101 Cast Reunited For a Music Video, and Now We Just Want to Rewatch the Series
by Grayson Gilcrease 1 day ago 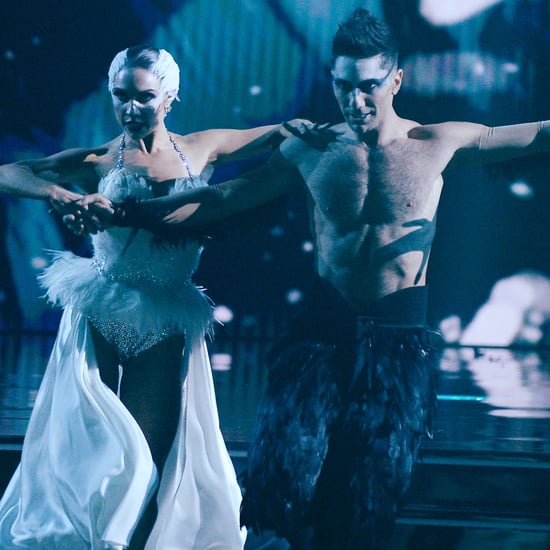 Dancing with the Stars
Nev Schulman's Black Swan Performance on DWTS Is Pure Perfection . . . Literally
by Kelsie Gibson 2 days ago