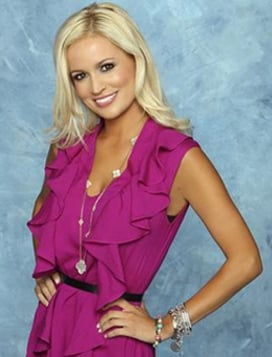 Emily Maynard won Brad Womack's second Bachelor season, but their engagement ended shortly after cameras stopped rolling. It sounds like she got over that heartache, because Emily will be the next Bachelorette and will return to ABC to find a mate.

On The Bachelor, Maynard was memorable for being a single mom, which, incidentally, will dictate where her season will shoot — her hometown of Charlotte, NC — so that Maynard won't have to leave her daughter. I like Emily, and it'll be interesting to see what kind of guy she chooses, but I'm getting tired of producers always choosing a former contestant to be the next Bachelor or Bachelorette. I would have loved to see someone fresh and new, but what about you? Are you happy Emily is the next Bachelorette?

Celebrity Instagrams
Dear White People May Be Ending, but We'll Always Have These Moments to Remember the Cast By
by Monica Sisavat 7 hours ago

TV
Finally, a Mainstream TV Series That Revolves Around the Beauty of Black Hair
by Natasha Marsh 7 hours ago