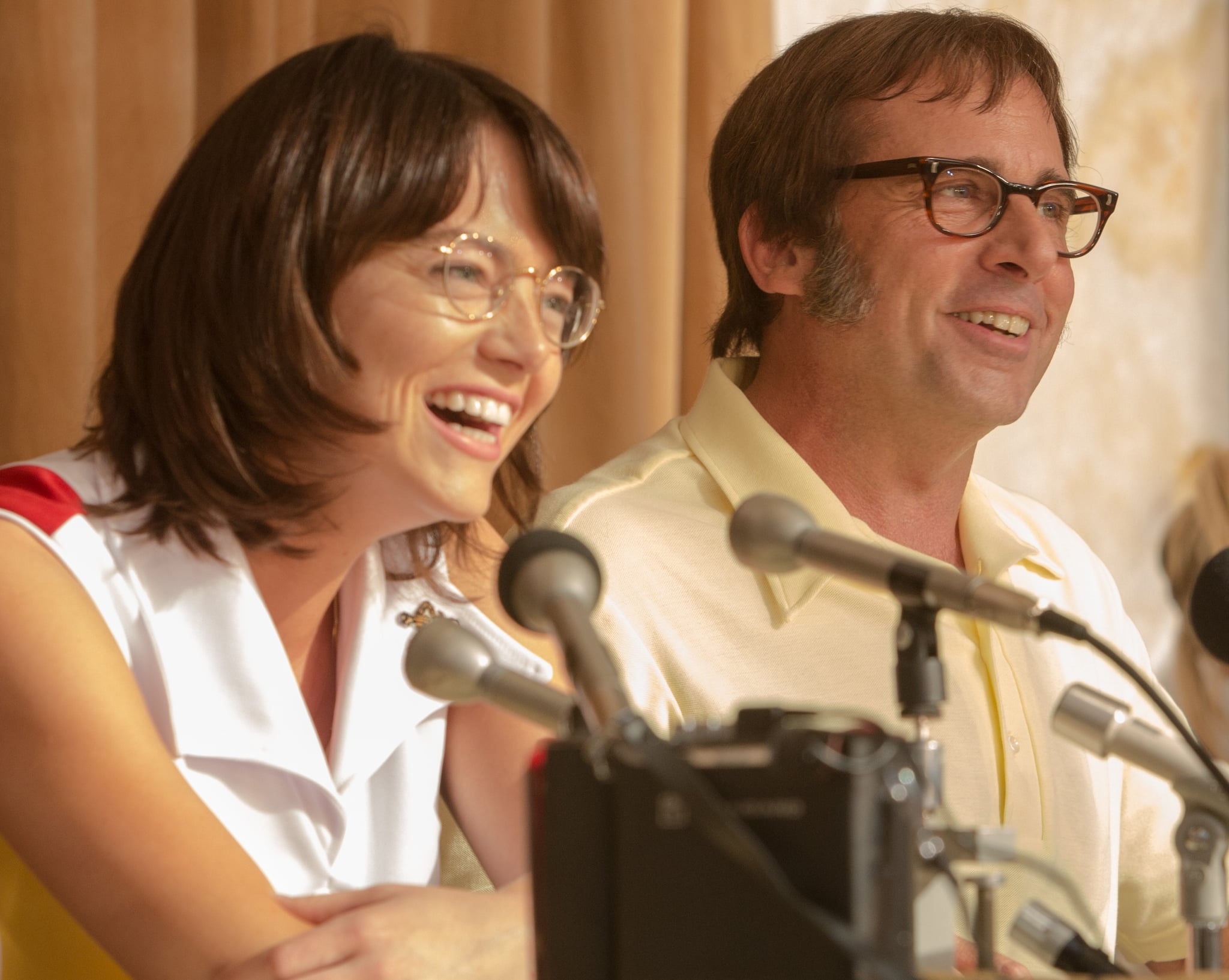 Emma Stone and Steve Carell have transformed for films before (see: The Help, Foxcatcher), but they are taking on entirely new looks as '70s tennis champs Billie Jean King and Bobby Riggs for the upcoming film Battle of the Sexes. The movie features the true story of of their 1973 tennis match, which was the most watched televised sports event of all time. The first picture, set at a press conference that really did happen, has been released to mark the fact that principle photography has begun. It won't be out until 2017, so we have a long way to go! For now, compare Stone and Carell to the real-life people (below), and find out which 2016 movies are based on true stories.

TV
10 Projects Coming to the DCU, Including Superman, Batman, and Robin
by Victoria Edel 18 hours ago

Will Smith
Will Smith and Martin Lawrence Confirm "Bad Boys 4": "It's About That Time!"
by Eden Arielle Gordon 21 hours ago