If you get déjà vu looking at the cast of This Is the End, then chances are you're a fan of Freaks and Geeks, Knocked Up, or Superbad. In Seth Rogen and Evan Goldberg's directorial debut, they round up friends and frequent costars James Franco, Jonah Hill, Danny McBride, Craig Robinson, and Jay Baruchel (plus Rogen himself, naturally) for a comedy about the end of the world. Rather than being just another installment in their repertoire of film collaborations, This Is the End sets itself apart from their previous projects, because each actor is playing a heightened version of himself — giving them the chance to make fun of each other, while also dealing with the apocalypse. It's unique, meta, and ridiculously funny. 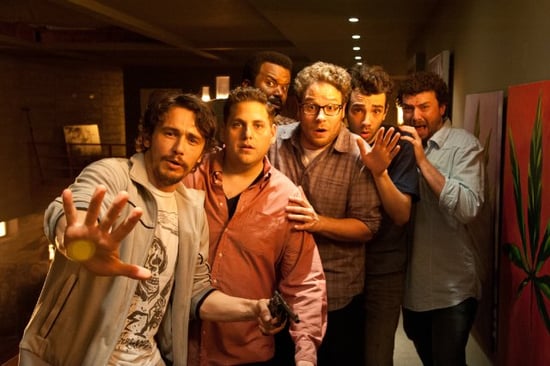 The movie takes us to a party at Franco's house, which is just as weird and star-studded as you'd expect it to be. Rihanna's there, Emma Watson's there, Michael Cera's there doing drugs and alienating people — there's so much celeb-spotting in the first half of the movie that you worry the second, postapocalyptic half can't keep up with all the fun. It's not an issue: when the movie switches gears to show us how Franco, Rogen, and the rest of the guys cope with the end of the world, some truly raunchy, outrageous humor emerges. It may be too over-the-top for some, but if you appreciate the comedies of any of these dudes, then you'll be trying to catch your breath between laughs. To find out why else I loved This Is the End, just keep reading.

The apocalyptic plot is a surprisingly ideal showcase of the actors' talents. Everything is taken to the extreme. If you wonder who, at the end of the world, would be eating all the food, going cannibal, or revealing actual evil in their hearts, This Is the End answers all these questions. It's a credit to cowriters Rogen and Goldberg that the movie's comedy mixes gross, ironic, and silly humor — which all of these comedians are fantastic at.

Even though this whole ensemble is solid gold — honestly, every main cast member shines — it's Franco who stands out. His work and life is probably the most ridiculed, but it's not just his ability to make fun of himself that's so great. His delivery and timing are perfect, reminding us that not only does he have a background in comedy, but also that he's so good at it.

This Is the End goes to questionable places (people die, religion is lampooned, there's lots of devil talk), but it somehow still serves up levity in those scenarios. There's no question: this will end up being one of the funniest movies of the Summer, if not the year. The end. 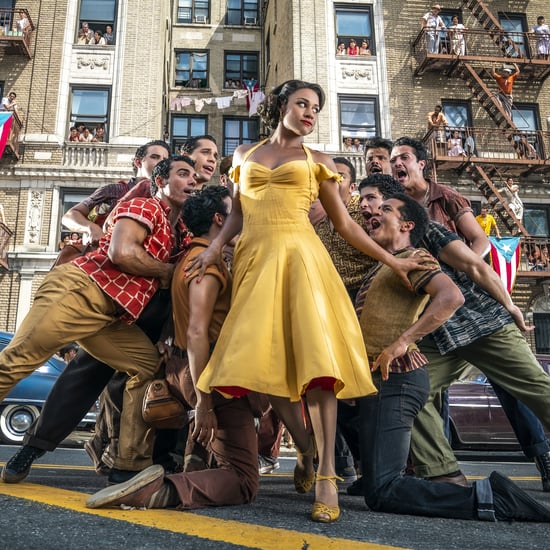 Jonah Hill
Netflix Has Had It With Jonah Hill Using a Fart Machine at Press Events, but He Won’t Be Silenced!
by Naledi Ushe 12/07/21