Jake Gyllenhaal's LA cop drama ,End of Watch, and horror flick House at the End of the Street tied for the No. 1 spot at the box office this weekend, each earning an estimated $13 million in their opening weekends. Fellow new release Trouble With the Curve placed a close third with $12.7 million, followed by Finding Nemo, which took in $9.4 million in its 3D release. Last week's number one, Resident Evil: Retribution, fell to fifth place with $6.7 million. As for other new releases, Dredd 3D took sixth place with $6.3 million and The Perks of Being a Wallflower had a small, four-theater opening, but pulled in a healthy $244,000. 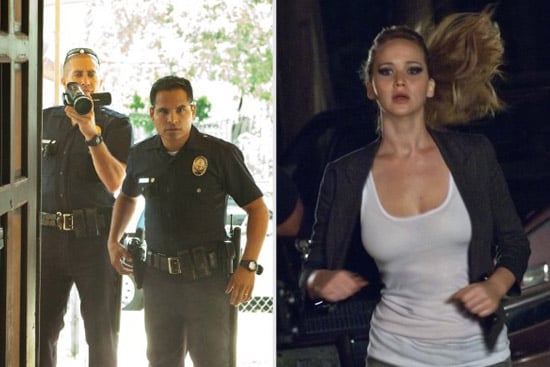 Netflix
Micheal Ward Is Back on Our Screens in Netflix's New Film, The Beautiful Game
by Navi Ahluwalia 16 hours ago