In the trailer for End of Watch, Jake Gyllenhaal's closely shaved head is a bit of a distraction, but once you get past it, there's a lot going on. Gyllenhaal stars as Brian Taylor, an LAPD cop who enjoys his day job of busting perps with his friend and partner, played by Michael Peña. It's business as usual out on the streets for the cocky pair, until they happen upon a crime scene that makes them the target of a dangerous drug cartel. That threat is scary enough, but it's made more troubling considering that the men are both starting families. 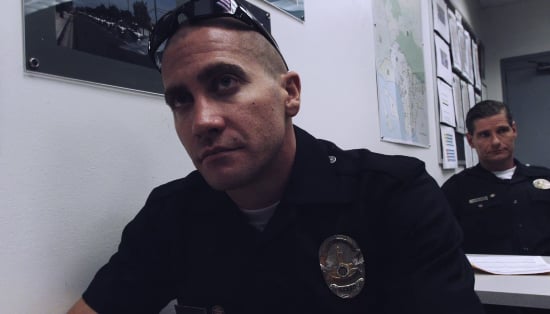 Between the reality-show-style POV, the electric-guitar riffs that indicate this movie is intense, and all the gunfire, the trailer gave me a headache. Still, it's worth it to see Gyllenhaal in such a tough-guy role — not to mention the brief but funny scene of him busting a move with his new wife (Anna Kendrick) at their wedding. The film comes out Sept. 28, but you can check out the trailer after the jump.

Relationships
It's Official: Every Spider-Man Dates His Mary Jane
by Mykenna Maniece 10 hours ago