Fox's new comedy Enlisted is about three brothers stationed at the same military base, and the casting of the three brothers — Geoff Stults, Chris Lowell, and Parker Young — could not be more perfect, if you're talking about chemistry. The three actors bantered, interrupted each other, and complimented each other at the TCA, just like brothers would. The three guys talked about each other and working on the comedy, while creator Kevin Biegel talked about why he wanted to show the lighter side of the military. 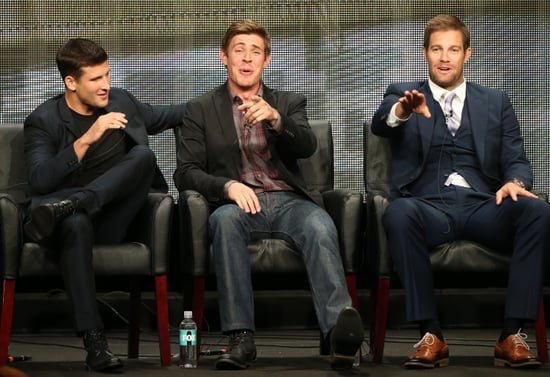