Before the panels started this morning, we kicked off the Summer TCA with a visit to the Parenthood set! It was such a treat to tour the Braverman homes, where Peter Krause and Monica Potter surprised us in their faux kitchen to chat about life on set and show us embarrassing family photos around the house. Craig T. Nelson and Bonnie Bedelia also joined us in their fictional house, where Bonnie shared the fun fact that this is the third time she and Nelson have played husband and wife onscreen. 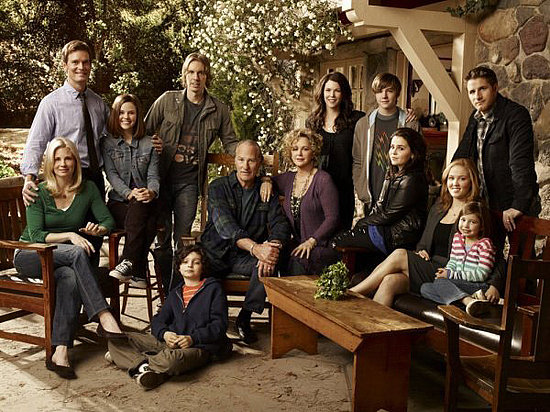 Next it was on to the panel, where the cast talked about how much they love working together. Executive producer Jason Katims revealed that Billy Baldwin will be joining the cast as Adam's boss (and a love interest for Lauren Graham's character, Sarah). He also said that we'll see another baby this year, a new relationship for Haddie, and explore a long distance relationship for Crosby and Jasmine. Max Burkholder was adorably poised talking about working so hard to portray autism correctly while little Tyree Brown (who plays Jabbar) thinks his onscreen parents have the best relationship on the show.