It's been over a decade since Woody Allen had a major role in a movie directed by anyone besides himself, but he's made an exception for John Turturro's Fading Gigolo. In addition to directing, Turturro is in front of the camera, starring as Fioravante, a man who agrees to prostitute to help his cash-strapped friend (Allen) out. It's not all as sad as it seems; he gets to have a threesome with Sofia Vergara and Sharon Stone! Soon enough, word of mouth spreads and they've got a budding business on their hands. Liev Schreiber also stars, but sadly, he's not in the trailer. 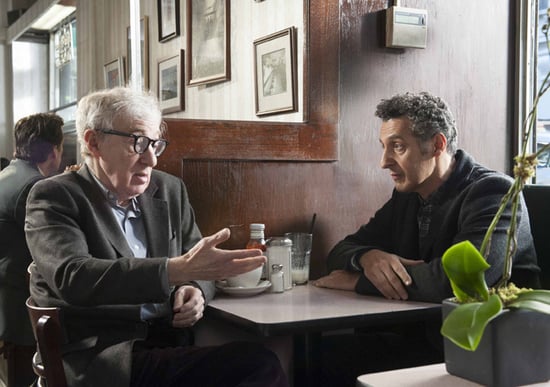 I'm having a hard time stretching my imagination to the point where these two women would pay thousands of dollars to have Turturro star in their ménage à trois, but we'll go with it. It's kind of nice to see Allen stepping aside about letting someone else lead, even if he's still calling all the shots as Fioravante's "manager." The movie is opening at the Toronto International Film Festival, and you can watch the trailer after the jump.