Leah Remini, J.K. Simmons, and Kyle Bornheimer are tasked with bringing the laughs to ABC this Spring. The three star as members of a dysfunctional clan in Family Tools, a quirky midseason sitcom premiering May 1. Jack Shea (Bornheimer) returns to his hometown after his father (Simmons) suffers a heart attack. Despite everyone's hesitancy — including his father's — Jack attempts to take over the family business. Is the show worth your time? I got a sneak peek, and I'm weighing in. 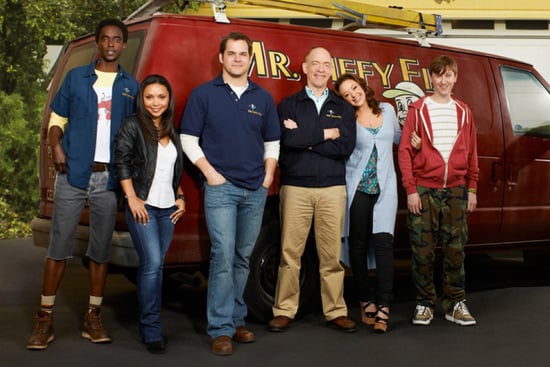 Watch a preview and see all the pictures for Family Tools after the jump.