In case you haven't gotten enough of high-speed, high-stakes car-chase action from the Fast & Furious franchise, Fast & Furious 6 is coming soon to a theater near you. This time, the crew (that's Paul Walker, Vin Diesel, Jordana Brewster, and Dwayne "The Rock" Johnson) has "graduated to a whole new level," though it's not entirely clear what that means, except that Michelle Rodriguez is back. 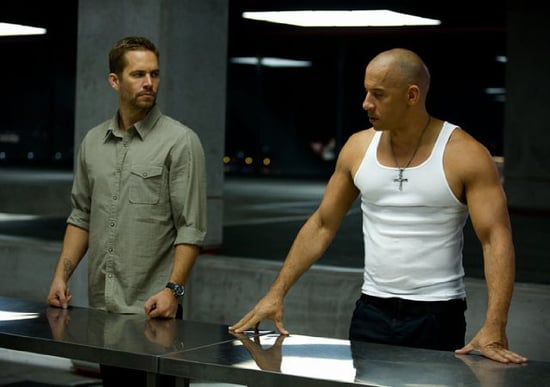 The last in the action series, Fast Five, dominated the box office, and I don't doubt this installment can do the same. Does that mean it's going to be a great movie? With so little story to work with, it's hard to tell. At least we know there will be some kickin' action. The movie is set to open May 24, and until then, you can watch the trailer after the jump.