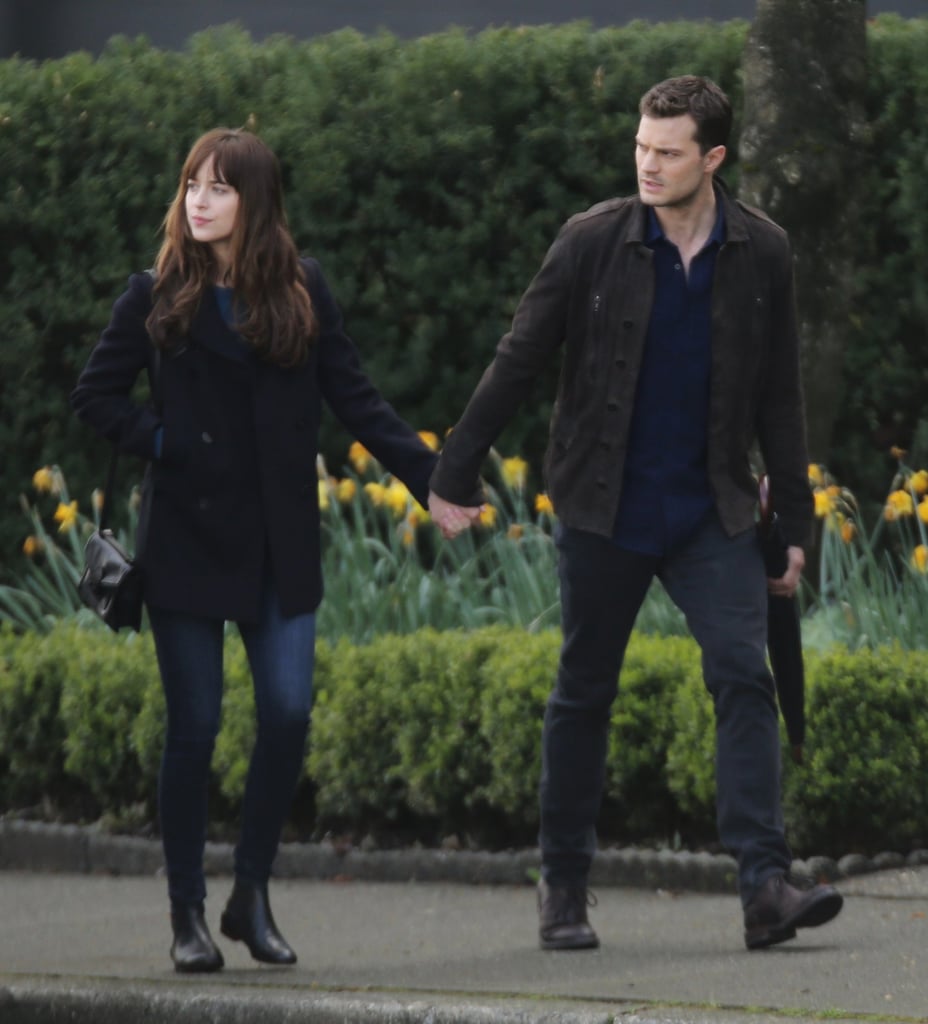 Fifty Shades Darker and Fifty Shades Freed were filmed back to back in Vancouver last year, which means Jamie Dornan did plenty of smoldering once he returned to set. During the months of filming, sexy star Dornan and Dakota Johnson filmed tons of scenes that of course included a fair share of steamy makeout sessions. But even after all that, we're still hungry for all the details about the sequel, and of course, the Feb. 10 release date. We have just the thing to tide you over: get an insider's look at the upcoming films in the way of countless set pictures.

Netflix
Micheal Ward Is Back on Our Screens in Netflix's New Film, The Beautiful Game
by Navi Ahluwalia 5 hours ago

Movies
Travis Scott Has a New Album and Movie on the Way, and We Are So Ready
by Kelsie Gibson 23 hours ago

Lady Gaga
The House of Gucci Posters Could Say I Have Terrible Taste in Fashion, and I'd Say, "Thank You"
by Grayson Gilcrease 5 days ago