Denzel Washington has already proven his superhuman skills at stopping trains on-screen, but now it appears he's just as apt at landing planes. In Flight, Washington plays Whip, an airline pilot who miraculously lands a plane as it's about to crash. While he is initially celebrated as an American hero for saving the lives of almost all the passengers, eventually investigations surface and questions about the alcohol content in his blood arise. Attorneys scramble to figure out if they have a case against Whip, but soon realize that no one else could have landed that flight safely. 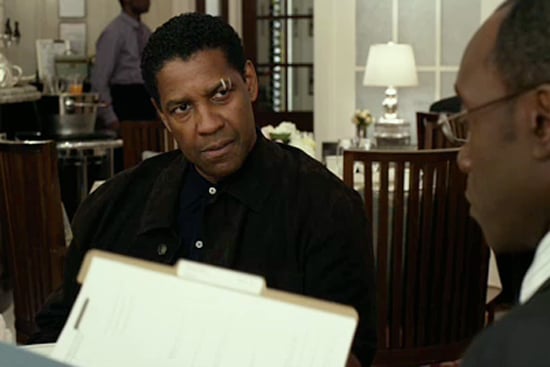 I didn't expect to be as excited by this trailer as I am. I love that director Robert Zemeckis paired it with the haunting "Gimme Shelter" and Washington, Don Cheadle, and John Goodman make for a compelling cast. It also doesn't look like a straightforward hero story; Whip clearly has his own demons, which come into play when he has to deal with the public backlash caused by his investigation. It also opens the door that it may not have been his skills as a pilot, but divine intervention that saved the plane. The flick comes out Nov. 2, and you can watch the trailer when you read more.

Nostalgia
Son of a Nutcracker! Fisher-Price Just Released a Collectable Set of Elf Figures For Kids
by Alessia Santoro 15 hours ago