We got a a very short look at MTV's Teen Wolf back in November, and it wasn't that much to sink your teeth into (heh). The full-length trailer just released this week gives you much more of the dark story (like we said back then, this ain't no Michael J. Fox comedy). High schooler Scott (Tyler Posey) gets bitten by a werewolf in the woods one night and begins to undergo physical changes far more intense than puberty. His best friend Stiles (Dylan O'Brien) knows his secret and is there for him by locking him away when the moon gets full, because Scott realizes that he's capable of killing people in his wolf form. 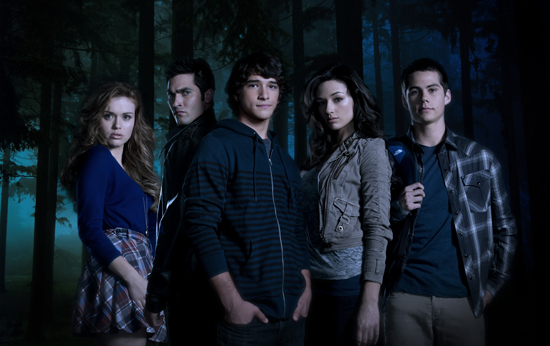 Stiles's other major concern is keeping Scott away from love interest Allison (Crystal Reed), because she raises his pulse, which triggers his transformation. If you know teenagers, you know that it only makes Scott want her more, and Allison's dad just happens to be a werewolf hunter by night. Forbidden teen monster-on-human love? Cue the Twilight comparisons. Still, with werewolves so hot right now (The Vampire Diaries has all but devoted its current season to them), I imagine plenty of people will want to check this out. If you're one of them, watch the full preview after the break.

Photo and video courtesy of MTV

TV
Amazon's Harlem Series Isn't Out Yet, but We've Already Added It to Our Must-Watch List
by Monica Sisavat 5 hours ago