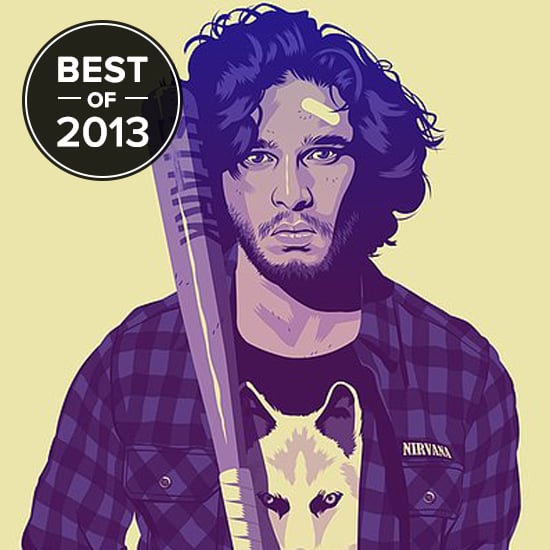 Each year the Internet brings us hilarious photos, videos, and parodies that go viral, and 2013 didn't disappoint. Along with a slew of Game of Thrones spoofs, we saw laugh-out-loud takes on Miley Cyrus's "Wrecking Ball," royal-baby-themed memes, and impressive mashups featuring everything from Mean Girls to This Is the End. As 2013 comes to a close, have a laugh and celebrate a year of Internet genius with 2013's funniest finds from across the web.

It's what Internet dreams are made of — someone out there took the time to create an emoji-inspired Miley Cyrus biography, sledgehammer and all.

"I Knew You Were Trouble" ft. the Goat

Following all the royal baby fever, royal baby memes like this The Lion King version made their way to the web.

There were several "Blurred Lines" spoofs, but Jimmy Kimmel and Guillermo did a spot-on parody that also starred Robin Thicke and Pharrell Williams goofing off for the camera.

A Farewell to Jay Z's Hyphen

Man it's weird to be sitting at home right now

We were sad to say goodbye to Jay Z's hyphen, but luckily, the legacy can live on thanks to the @JayZsHyphen Twitter account.

For more of the year's biggest LOLs, just keep reading.

Seriously, though — sometimes it's hard to tell. Thank you, Hot-Dog Legs.

A picture of Scarlett Johansson falling made its way around the web, and soon after, a series of photoshopped versions showed Scarlett on Aladdin's magic carpet, hanging on to the edge of a cliff, and riding a dolphin. Naturally.

With spot-on impressions and hilarious one-liners, the ladies of Saturday Night Live did a parody of HBO's Girls — with the help of host Tina Fey and a new character, Blerta.

"What Does the Fox Say?"

The Norwegian group Ylvis kicked off a parody craze with their catchy, bizarre song "The Fox" and its wild music video.

Game of Thrones is notorious for killing off some of its most popular characters, so one performing group reimagined the lyrics to Gotye's "Somebody I Used to Know" for an impressively accurate video, costumes and all. 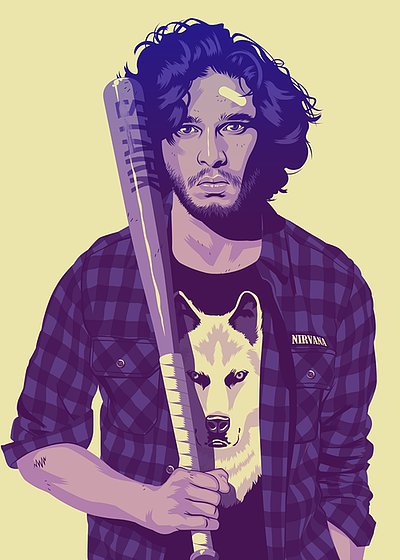 Arya's Reaction to the Red Wedding

Game of Thrones Gets "Simpsonized"

The characters got "Simpsonized" on the Draw the Simpsons Tumblr, with a drawing that included everyone from Daenerys Targaryen to Robb Stark. So accurate!

The Most Memorable Mashups

Combine Disney's sweet Cinderella trailer with the music from the new Carrie trailer, and you get one creepy, haunting mix. You may never look at the Disney princess the same again.

In one truly random, perfect mashup, a sweater- and leggings-clad Stephanie Tanner shows off her dance moves with a routine to Juicy J's "Bandz a Make Her Dance." Uncle Jesse, the crowd, the judges — everyone's loving it. Us, too.

Who knew Celine Dion was such a Daft Punk fan? Well, we're not sure whether she is or not, but in one seriously clever mashup, her concert dancing has been set to Daft Punk's "Get Lucky." Perfection.

Real World: This Is the End

The Hobbit and Mean Girls

The Hobbit plus Mean Girls gives us "Mean Elves," a magical combination of the Plastics and the Middle-earth clique. Bonus points for a hilarious cameo at the end!

All the Hilarious Animal Finds

A Puppy Learns to Play Catch

This puppy fail is just too freakin' cute.

A Dog in a Bowl

This cuddly Chow puppy is a ball of cuteness as he attempts to get out of a bowl.

In what's arguably one of the best, most hilarious wedding pictures ever, a frightened bridal party ran from a giant T-rex.

It's Gonna Be May

*NSYNC's 2000 hit "It's Gonna Be Me" had a resurgence of popularity ahead of May with a play on the title that sounds like "It's gonna be May."

The 2013 Emmy Awards show was filled with some seriously funny, GIF-worthy moments, but none as hilarious as this man slinking away in the background while Neil Patrick Harris speaks to the camera.

The Royals Do Harry Potter

Matt Lauer, is that you? The Today show host did his best Pamela Anderson impression for Halloween, prompting a series of

Best Of 2013Humor
Around The Web

Chrissy Teigen
This Parody About Banana Bread's Publicist Is So Spot-On, Even Chrissy Teigen Relates
by Chanel Vargas 5/20

Parenting Humor
If Homeschooling Is Going Just OK For Your Family, You'll Definitely Relate to These Hilarious Fails
by Alessia Santoro 5/23

Timothée Chalamet
What in the World Is Going on With Timothée's Pantrée?
by Kelsey Garcia 5/14