New ABC series GCB stars Leslie Bibb as a woman who returns to her hometown of Dallas, TX, after her husband dies amid a scandal. Once she arrives, the women of her community, headed up by Kristin Chenoweth, don't exactly welcome her with open arms. These women are affectionately known as "good Christian b*tches," which was the original title of the show before it was changed to the current abbreviation. The show's creator Robert Harling came to the Winter TCA with the stars to address the title change as well as how much the female characters will be portrayed as good, Christian, or b*tches. 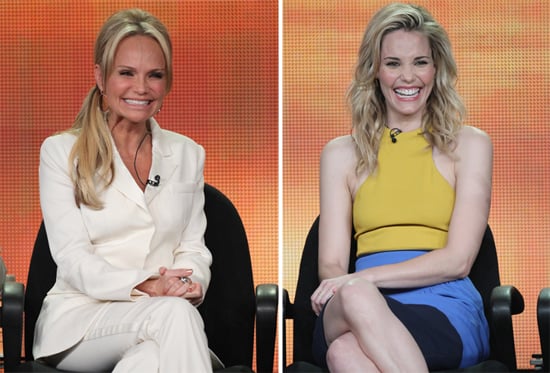