I hope you weren't expecting to see too much of Channing Tatum in G.I. Joe 2: Retaliation, because his character Duke only makes the briefest of appearances despite his starring role in the original. After his character is apparently disposed of, we meet the new folks tasked with carrying the action film in his place: Dwayne Johnson as Roadblock, Adrianne Palicki as Lady Jaye, and (drumroll, please) Bruce Willis as G.I. Joe himself. 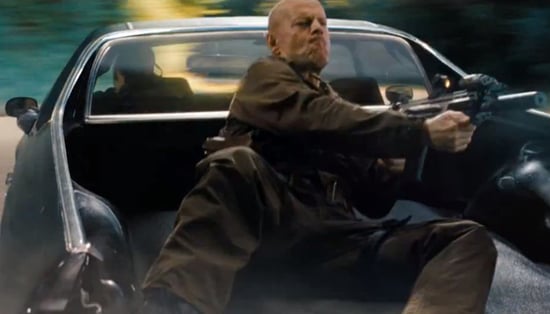 The new squad of Joes has to defeat Zartan to save the world (as elite soldier squads are often called on to do), so the preview offers us lots of footage of them training in various ways, as well as many shots of Palicki's assets, of course. Willis doesn't pop up until the end or so, but he's making the most of it, firing off a very large gun and spouting a quip. I enjoy seeing him in action star mode, but aside from that and a new rendition of The White Stripes' "Seven Nation Army," this trailer isn't pumping me up that much. Watch and see what you think after the jump.