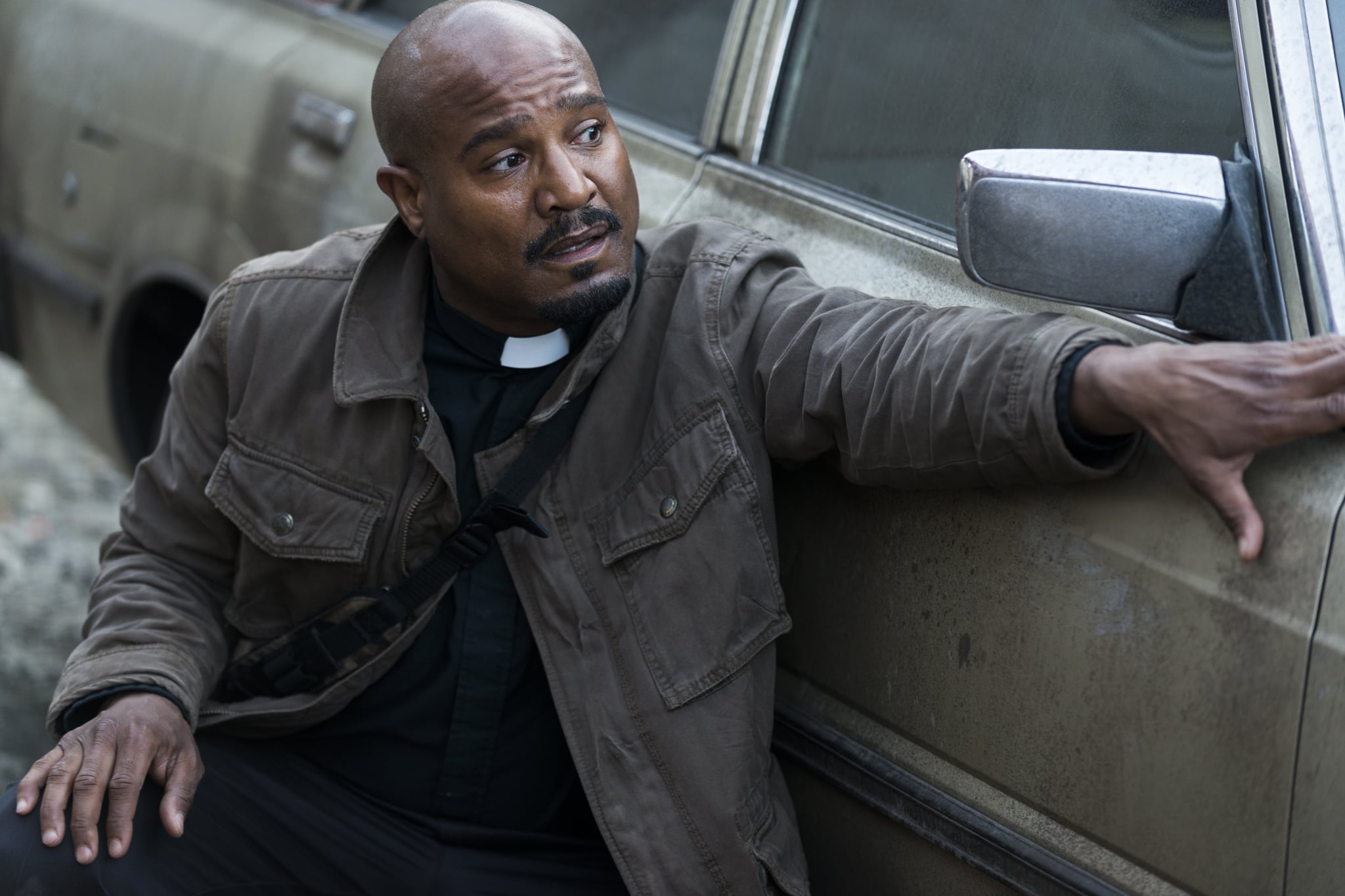 The season premiere of The Walking Dead gave us plenty to mull over. First of all, the biggest head-scratcher of season eight's first episode is the plethora of Old Rick scenes, which last the entire episode and go unexplained. But there are smaller aspects of "Mercy" that left us just as befuddled. Like, was that a Weird Al song we heard during those strange, hazy sequences? And what's the deal with that weirdo who Carl meets? All that aside, there's one final, perhaps even more perplexing part of the episode that's really been bugging me: are we supposed to care that Negan captures Gabriel?

I'm just going to say it: I think Father Gabriel is a garbage character, and I don't really care what Negan does to him. There. I said it. Don't act like you aren't thinking it, too.

When you consider everything, Gabriel has been a pretty lame character ever since his introduction in season five. First of all, Rick and the gang find him in his boarded-up church, cowering and crying in the corner. Gabriel says he barricaded himself in and would not offer sanctuary to any helpless survivors who came knocking on the door. Instead, he just listened to their screams and cries of help as they were torn apart by walkers. And sure, who hasn't done something sh*tty in the apocalypse on this show? The problem is, Gabriel continues to do sh*tty things, even after we first meet him.

Related:
There Was a Very Cool Easter Egg in the Walking Dead Premiere — Did You Catch It?

Later on, he becomes depressed by the bleak new world the survivors inhabit. His solutions include walking toward a literal zombie and saying, "I'm ready," and taunting Sasha — he tells her she's at fault for Bob and Tyreese's deaths — in hopes that she'll kill him. I'm sorry, but who on the show isn't at least a little depressed? Does he think he's the only one?

In season seven, Gabriel continues to be a liability for the group. He's the one who gets captured by the Scavengers. They take him (and a ton of supplies) from Alexandria. This situation forces Rick to negotiate with them and to offer a ransom for the priest's safe return. It also serves as a catalyst for the supposed "alliance" between Alexandria and the Scavengers against Negan . . . which ends in utter betrayal and another tough hurdle for the group. And that's at one of the most crucial moments in season seven. 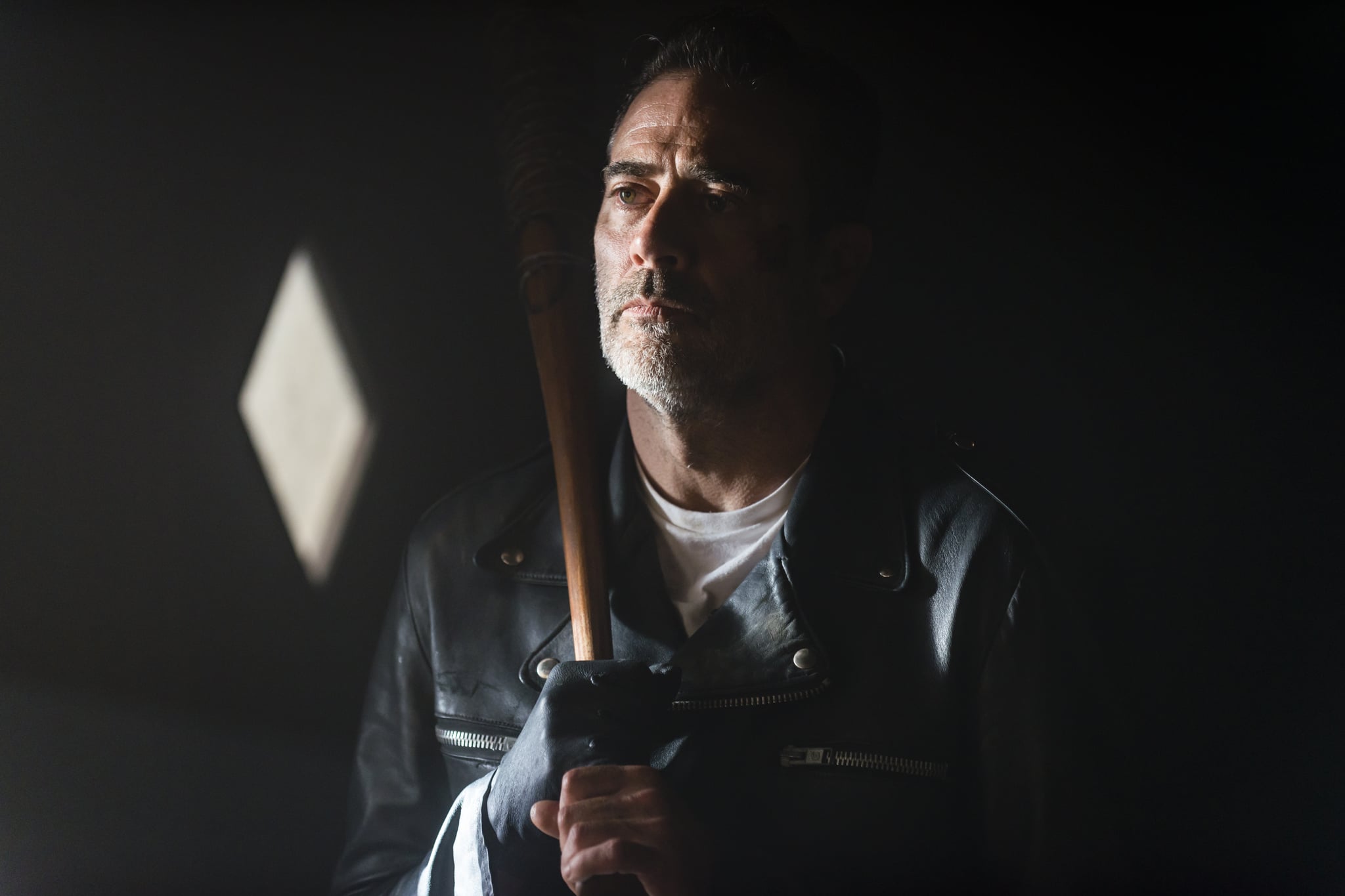 Even in the season eight premiere, Gabriel behaves in unforgivable ways. He tells Rick to stop firing at Negan because the walkers are almost upon the Sanctuary. I'd argue that an extra 30 seconds may have ended the war for good, and I'm sure Rick would still have made it to safety even then. After that, our garbage priest makes his most foolish decision yet: he attempts to rescue Gregory, a cowardly man who has just run to Negan like a puppy with its tail between its legs. Gregory has condemned all the people of the Hilltop, the Kingdom, and Alexandria. And still, Gabriel deems him worth saving. As a response, Gregory does exactly what you'd expect: he acts selfishly, steals the last escape car, and leaves Gabriel for dead. Ol' Gabe manages to escape the horde of zombies closing in by ducking into a trailer, only to discover that Negan is also inside.

And, what, now I'm supposed to be worrying about Gabriel all week long until next Sunday? I'm supposed to wring my hands over his fate, hoping he somehow makes it out of the Sanctuary alive? As if. Gabriel has been a detriment to Rick from the very start. If Negan were to get rid of him, it would be the very first blessing this man of God has actually bestowed upon our heroes.

Netflix
After That Major Plot Twist, Pretty Smart Has to Be Getting a Season 2 — Right?
by Madison Tyler 13 hours ago

TV
Amazon's Harlem Series Isn't Out Yet, but We've Already Added It to Our Must-Watch List
by Monica Sisavat 16 hours ago