Season three of Game of Thrones is on its way, and before the March 31 premiere, Entertainment Weekly is giving us a look at the new season — and characters Jon Snow (Kit Harington) and Daenerys Targaryen (Emilia Clarke). The showrunners spill a little about what we can expect from the series's third outing — here are the highlights: 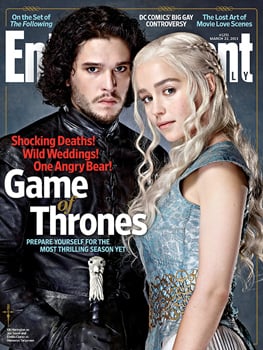 Get a better look at the cover when you read more.

Netflix
The Most Intriguing Mystery of Jupiter's Legacy? The Group's Journey to Becoming Heroes
by Grayson Gilcrease 16 hours ago