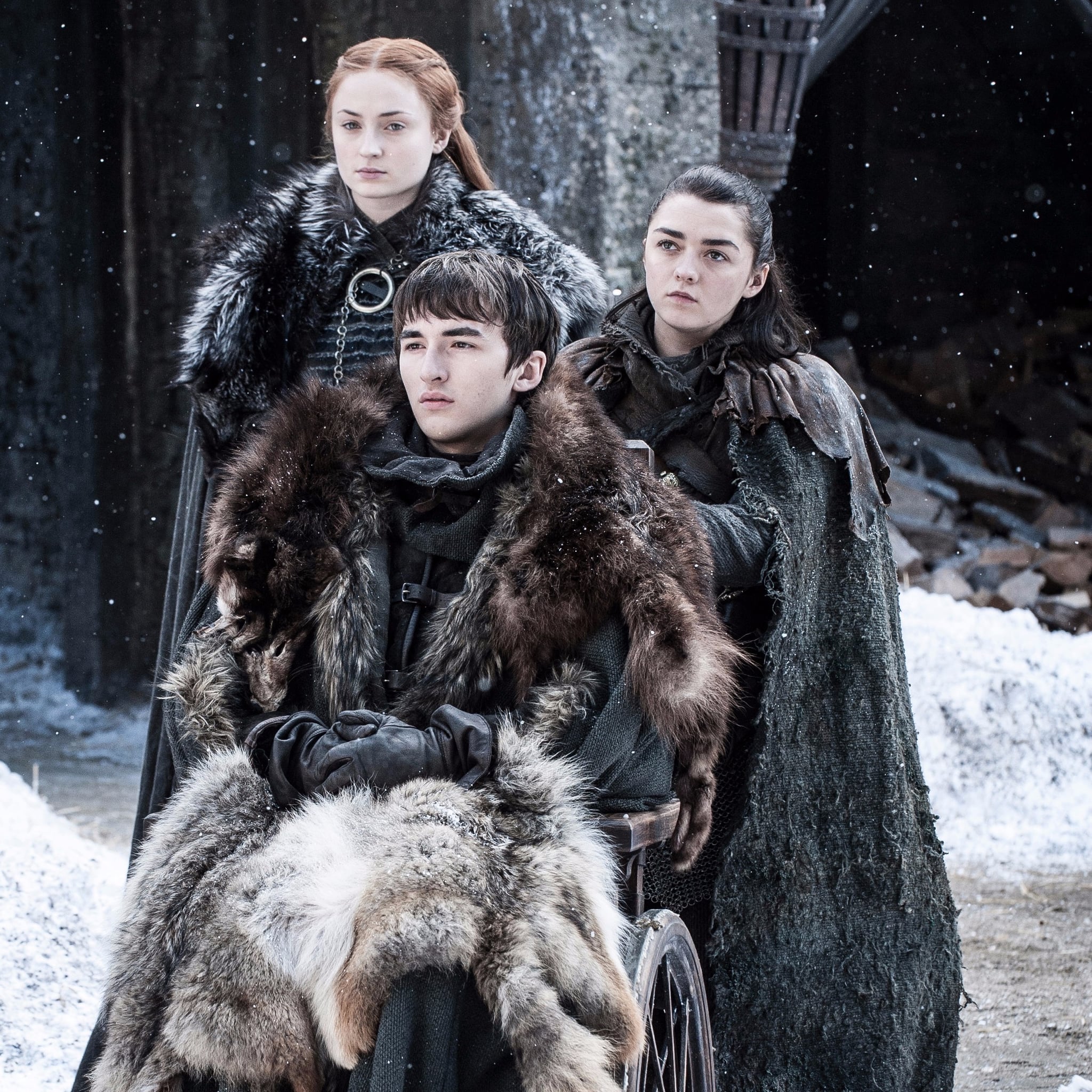 Game of Thrones fans have had plenty to be thankful for during season seven — Jon's surprise legitimacy! Gendry's return! Starks reunited! — but there's been one consistent complaint since the show's return. "What the hell is this timeline? I can't get a grip on the pacing this season at all," one of my coworkers messaged me on a Monday morning. I admitted that I, too, have been baffled by how quickly everything has been unfolding.

What happened to Bran taking months to get to the Wall? Didn't Arya spend years journeying from King's Landing to Braavos? Heck, Daenerys didn't manage to cross the Narrow Sea for six seasons. Nobody ever accused this show of happening too quickly until season seven.

If the entire series is revealed as an extended sequence of Bran's flashbacks, it would explain why the timeline has suddenly experienced such a drastic change in pacing.

Suddenly it seems like everybody on the show can teleport; one minute, Jaime Lannister is washed up on a riverbank near Highgarden, and the next he's congratulating his sister-wife on her pregnancy in the Red Keep. In the very same episode, Euron Greyjoy's fleet sails from Blackwater Bay all the way around Westeros to launch a surprise attack in Lannisport. Similarly, in a single episode, Ser Davos travels from Dragonstone to Flea Bottom to get Gendry, travels back to Dragonstone, and then the Baratheon bastard proceeds to travel all the way to Eastwatch by the Sea and beyond the Wall.

This could certainly be chalked up to rushed storytelling . . . after all, there are fewer than 10 episodes left of Game of Thrones ever, so the series needs to wrap up quickly. But what if there is another explanation for the increased pacing of the plot?

Unlike in the A Song of Ice and Fire book series, there is no narrator for each character's storyline. The HBO show unfolds, like most television programs, from an omniscient perspective with no narrative voice; viewers jump from one plot and setting to the next with ease.

You know who else is able to hop from different locations and timelines seamlessly? Bran Stark, when he is exploring different planes and memories with his greenseer abilities as the newly dubbed Three-Eyed Raven.

Picture this: if the entire series was revealed as an extended sequence of Bran's flashbacks, with him simply reflecting back on the events of his life and house many years later, it would explain why the timeline has suddenly experienced such a drastic change in pacing.

You see, back when characters' timelines take a while to unfold, sometimes spanning more than one season simply to travel from place to place, Bran is not yet the Three-Eyed Raven. He is still personally invested in his family members, in his own plight, in dragons and fantastical queens in foreign lands, and in the fates of people who've wronged him. It makes sense that a young, still emotionally engaged Bran would spend time dwelling on every detail of his siblings' stories, or on the various sins of the Lannisters.

But as Bran begins to gain abilities as a greenseer, eventually taking the helm as Three-Eyed Raven, minor details and major spans of time begin disappearing from the show's narrative. Bran has thousands of years of events to see, and he becomes numb to the details of even his closest loved ones' lives. (Remember the dead look in his eyes as he compliments Sansa's appearance on the night of her first rape? He's just not there emotionally anymore.)

Perhaps the entire story of Game of Thrones is unfolding as Bran learns of it: slowly at first, as he gains the ability to see other places and times, then all at once as his powers blossom and he leaves behind the boy he once was. Maybe the show even concludes as Bran, now an elderly Three-Eyed Raven, attempts to educate a young replacement on the major events leading up to the defeat of the Night's King, which happened during his own lifetime.

Of course, the show's confusing pacing could also just be rushed storytelling. So hey, HBO: if this isn't seven years' worth of Bran visions, why don't you throw us a bone in the form of a few more episodes? We all need a few extra minutes to catch our breath!