To say there's little lightheartedness in this week's Game of Thrones is a bit of an understatement. In fact, it's pretty messed up — we see more of how twisted Joffrey can be, some creepy rat-torture, and the episode ends with a giant WTF moment. And to add insult to injury, there is no trace of Jon Snow this week, either. 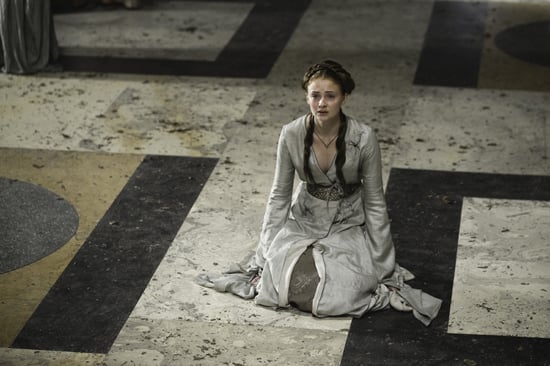 While this week's episode may have been tough to watch, the many awful things give us a lot to talk about today. Let's talk about what's still haunting me after the jump.

What did you think of all the creepiness on Game of Thrones this week? Were you as disturbed as me by everything?

Netflix
Wondering Why You Recognize That Scary Music in Ratched? It's Pulled From a Classic Thriller
by Hedy Phillips 10 hours ago