War ain't coming to Game of Thrones — war is here. This week, the Lannisters each deal with the attack on King's Landing in their own way: Joffrey tucks his tail between his legs, Tyrion rallies the troops, and Cersei gets drunk. The episode only shows us what's happening in King's Landing, and though we don't get to see any Jon Snow, Robb Stark, Daenerys Targaryen, or Arya Stark, it doesn't feel lacking to me in any way. In fact, it's one of my favorite episodes this season. 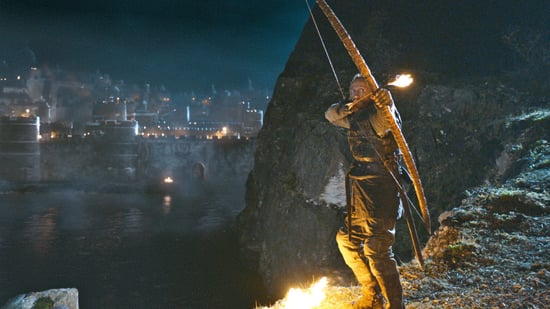 There's only one more episode left in season two, and I'm wondering just how intense next week will be, because this week is crazy. I'm ready to chat about what I'm still thinking about from "Blackwater," so if you're ready to relive it, just keep reading.

What did you think of this week's Game of Thrones?