The title of this week's episode of Game of Thrones, "The Climb," has a dual meaning (and neither of them are related to the Miley Cyrus single). Figuratively, some continue to climb the ladder of power, as Varys and Littlefinger come face to face, and Tywin has a tête-à-tête with Lady Olenna. Literally, Jon Snow and the rest of his Wilding camp are faced with the daunting task of scaling the Wall. 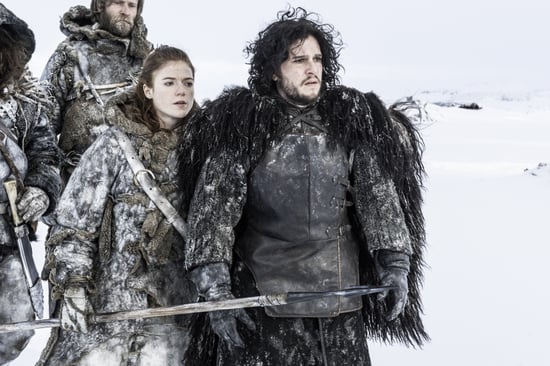 The adventure ultimately brings Jon and Ygritte even closer together, but they're the only ones who are getting any action these days. Sansa is filled in on the news that she's not going to wed her top crush, Loras, and I have a feeling Shae's not going to be putting out for Tyrion anytime soon. Let's break down all the big moments we'll be talking about until the next episode when you read more.

The Bachelorette
Bachelorette Fans Have Found a Bunch of Cast Lookalikes, and You Can't Unsee Them
by Amanda Prahl 1 hour ago