There's a major game-changer on this week's Game of Thrones, as the many kings of Westeros continue to prepare for the next battle. Melisandre's recent birth has some major consequences and even Bran becomes part of rallying the troops. Things also take an interesting turn for Arya, and Catelyn makes an unexpected alliance. 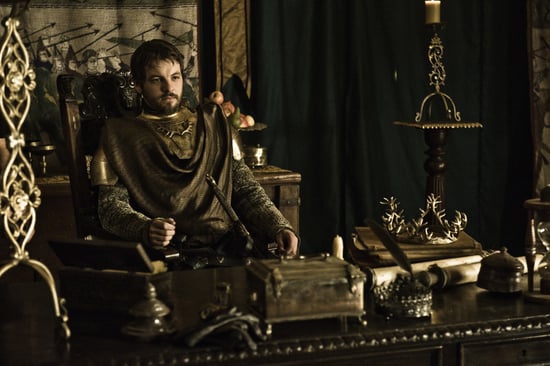 Despite one major plot point, this episode isn't my favorite; it seems like we may have hit a bit of a midseason lull, but we're getting set up for a lot of impending action. To recap the moments that did make an impression, just read more.

What'd you think of this week's episode? Are you looking forward to seeing Jon take on some responsibilities as ranger? Who do you think is next on Arya's list?