Beheading, de-virginization, and Jaime Lannister's butt: it's an exciting episode of Game of Thrones this week! We visit with a lot of characters, most notably Jon Snow, Jaime, Arya, Robb, and Tyrion. Jaime is finally getting a little bit of a reprieve from his torture, and Jon Snow throws his Night's Watch vows to the wind. There are some loose ends from last week's episode that I'm curious about (like the aftermath of the carnage at Craster's), but I'm still satisfied and entertained by this week's events. 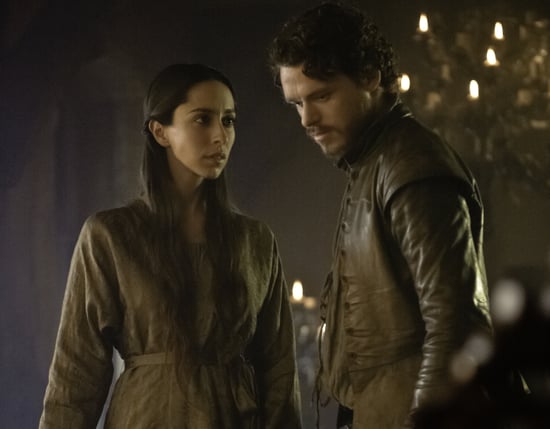 This season feels like it's moving along swiftly, and this week has a lot going on, with emotional moments and action scenes, as well as lots of plotting for the future. Ready to go over the things we're still thinking about after the credits? Just keep reading.