It's a nice day for a white wedding on this week's episode of Game of Thrones. OK, so the bride doesn't exactly wear white, and it's not really a nice wedding in the end, but you get the idea. Sansa and Tyrion tie the knot in front of enemies, family, and some more enemies. Thankfully, there's a lot of wine to help it all go down easier. 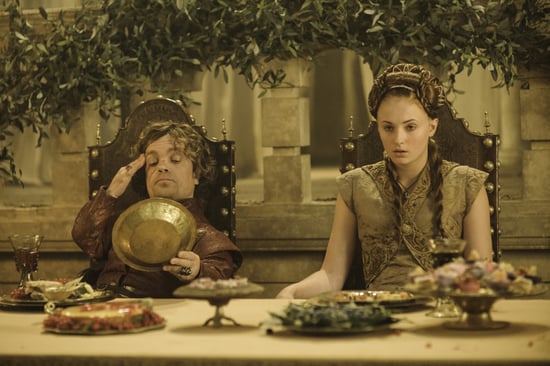 Elsewhere, Gendry gets duped by Melisandre, Dany makes a new friend, and Sam has a moment of courage that saves three lives. I kinda missed Jon, Jaime, and Brienne this week, but with all the wedding drama, there's not time for much else. Let's break down all the biggest moments when you read more.