Game of Thrones has wrapped its explosive third season, and while the finale isn't as crazy as last week's "Red Wedding," lots of loose ends are tied up, and we do get caught up with just about every character. There are homecomings, imminent rescues, and some fallout over the Starks being killed. Daenerys also has a big moment in the sun, which gives me hope for her role in season four — and hopefully her position on the Iron Throne. 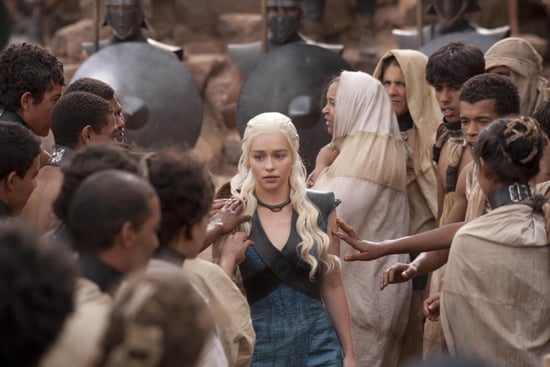 This finale may not be the most exciting episode of the season, but there is still a lot to muse over, like the desecration of Robb's body, Arya's anger, and Ygritte's heartbroken revenge. Let's break it down after the jump.

What did you think of the Game of Thrones season finale?

The Bachelorette
Is Clare Crawley a "Good" Bachelorette? That's Turning Out to Be a Complicated Question
by Amanda Prahl 9 hours ago