Game of Thrones is back after months of waiting, and the third-season opener roars in with a vengeance. The premiere picks up a short time after the second-season finale (here's a quick refresher if you need it), and while we don't check in with every character this week, we are reunited with a few Stark children, Daenerys, Joffrey, and more. It's very true to the Game of Thrones spirit, what with fantasy creatures, body parts being cut off, and many characters resolving to take their next big step. 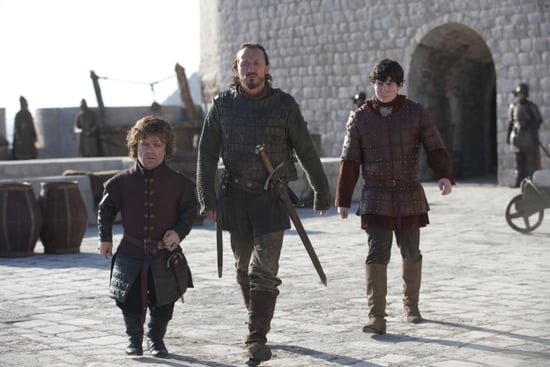 There are some spectacles this week, but there's more setup than big events. Still, it's an exciting way to kick off season three, and there are, of course, lots of things I'm still thinking about (like nipples). Let's get to it after the jump.

What did you think of the Game of Thrones premiere?