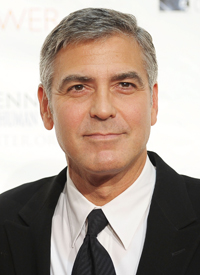 Want a lesson in the recent financial crisis, as taught by a movie star? George Clooney will produce and possibly direct a film about the 2009 Wall Street bailout. The film is loosely based on a 2009 article from the Washington Post titled "The $700 Billion Man." The piece, written by Laura Blumenfeld, is about TARP (Troubled Asset Relief Program) architect Neel Kashkari and the bank bailout after the 2008 economic collapse. Clooney, who helmed the Oscar-nominated Good Night and Good Luck, is currently directing The Ides of March.