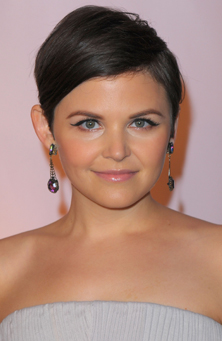 Ginnifer Goodwin is looking for another kind of big love: the actress is in talks to star in Something Borrowed, the movie adaptation of Emily Giffin's best-selling novel about a woman whose love triangle threatens an engagement. Goodwin knows a thing or two about love triangles (and beyond) from her TV role as Big Love's Margene, but I'm pretty excited to see her try her hand at another romantic comedy — especially since He's Just Not That Into isn't exactly my favorite.

Hilary Swank's company is producing the film after she made news this Summer about buying the movie rights, but she apparently has opted not to star, leaving those honors to Goodwin. Fans of the book, are you happy with this casting?

Netflix
Regé-Jean Page, Ryan Gosling, and Chris Evans Are in a Movie Together — Need I Say More?
by Monica Sisavat 1 hour ago