It's been two years since Kristen Wiig killed it in Bridesmaids, and I've been anxious to see her headline another comedy. In the trailer for her latest movie, Girl Most Likely, she's certainly funny in the role of Imogene, though the laughs may come from a darker place. Her playwright character is trying to deal with career failure, and when she lands in the hospital after a meltdown, she has to go live with her self-involved mother (Annette Bening) at her Jersey Shore home. There, she's exposed to her mom's sleazy boyfriend (Matt Dillon) and the cute young guy (Darren Criss) who's renting a room in the house. 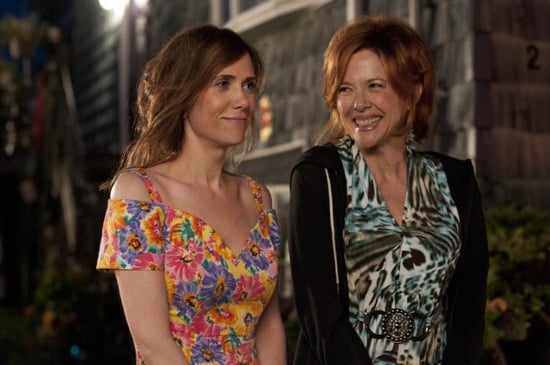 Though it looks like Wiig gets to do a little physical comedy, she seems to be playing more of a straight man while Bening gets to be a bit more outrageous. Even so, Wiig acting morose is still really funny, and I especially enjoyed her interactions with Dillon and Criss in the trailer. Girl Most Likely opens in limited release July 19, and you can watch the trailer after the jump.

Emma Roberts
Emma Roberts Has a Cute Outfit For Every. Dang. Holiday. in Her New Film Holidate
by Sarah Wasilak 2 hours ago

Movies
Who Plays Borat's Daughter, Tutar? We Finally Have an Answer
by Amanda Prahl 17 hours ago