Girls is a show you either love or hate, and if you're on the love side like I am, you're about to be very happy. The season two trailer is here, and it looks even funnier, sexier, and more awkward than ever. We catch up with Hannah after her breakup with Adam, who's sending sad, self-penned songs her way. Hannah at least seems to be in a good place — she has a new roommate (Elijah, played by the adorable Andrew Rannells) and is standing up for herself, on the hunt for a "kind, sexy, responsible boyfriend." The other girls have a lot going on, too, mostly in their love lives — Shoshanna and Ray are making things happen, Jessa is a scattered newlywed, and Marnie is single but still hanging out with Charlie — and she gets a visit from artist Booth Jonathan, the man who infamously knows "how to do things." 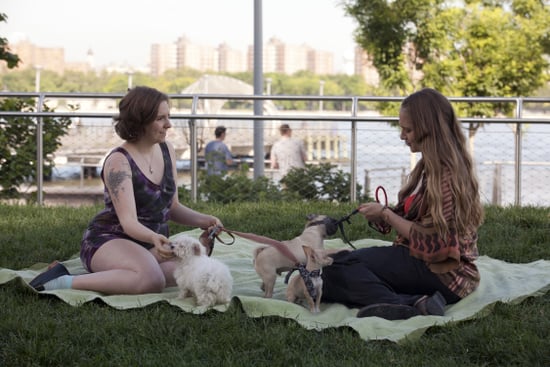 By the looks of things, the Emmy-nominated series is only going to get better in season two, and I'm already counting down the days until the premiere on Jan. 13. Watch now after the jump.

Disney Junior
Sweet Preschool Series Dino Ranch Is Getting a Season 2 on Disney Junior in 2022!
by Alessia Santoro 18 hours ago

Gossip Girl
The Gossip Girl Reboot Has a More Diverse Cast, but It Still Lacks Representation
by Charlene Masona 21 hours ago

HBO
Will There Be a Third Season of HBO's Betty? Here's What We Know So Far
by Corinne Sullivan 23 hours ago