Fox had a full day of introducing its brand-new shows at the Summer TCA, but they took the time to bring out one of last year's biggest success stories: Glee. Series creator Ryan Murphy and other showrunners were on hand to talk about their first, Emmy-nominated season and what we can look forward to in the upcoming season (besides all the fun stuff we heard at Comic-Con). 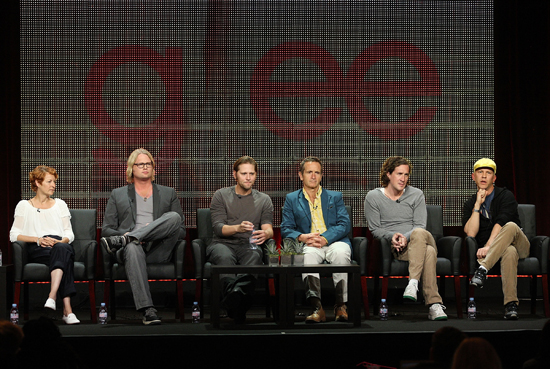 Halston
Halston: If You Were Wondering, Here's Why the Designer Loved Orchids So Much
by Stacey Nguyen 4 hours ago

TV
Who the Eff Is Annabelle? 7 Theories About Cruel Summer's Latest Mystery
by Divya Meena 4 hours ago

HBO
Mare of Easttown: Checking in With the Most Popular Theories About Who Killed Erin
by Divya Meena 6 hours ago

Netflix
Outer Banks Is Adding Some Fresh Faces For Season 2, and We Have the Full Breakdown
by Victoria Messina 6 hours ago