It's a Glee double whammy this week as the New Directions prep for, and then head to Nationals! As we've seen at the end of each season, emotions are running high, as the kids get ready to take on Vocal Adrenaline. The stakes are even higher this year since a lot of the seniors are graduating, and there's one gleek in particular who's feeling a little left out. 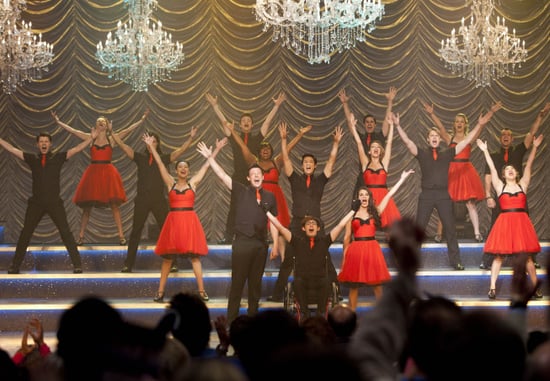 Season three has not been my favorite, but both of this week's episodes won me over in a big way. The first hour is both funny and poignant, while the second is very sweet and sentimental, as we get ready to say goodbye to some of the core cast members. The night definitely brings back memories from the first season when the show took the world by storm, and reminded me why I fell in love with it in the first place. Let's break down the highlights when you read more.

With only one more episode to go, it all culminates with next week's graduation episode. Were you touched by this episode like I was? What'd you think of the New Directions' showing at Nationals?