Glee is back after its break and the cliff-hanger of Quinn's accident, and we see what happens with her and whether Rachel and Finn went through with their wedding. We also get to meet Blaine's impossibly good-looking brother Cooper (guest star Matt Bomer), and though everyone else seems to be entranced with him, his visit makes Blaine confront their relationship issues. 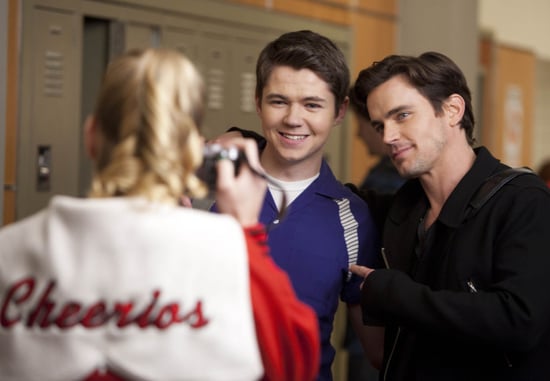 We've been waiting a while for the show to come back, and aside from learning about Quinn's state, not much happens. It also kind of feels like an excuse to showcase Matt Bomer's singing and dancing abilities . . . which I actually have no problem with. Let's break down his performances and the other highlights after the jump.

What did you think of Glee's return episode? Were you as awestruck by Matt Bomer as the glee club (and me) was?

Grown-ish
Grown-ish Tackles Black Lives Matter Like Never Before, and Its Cast Finds Catharsis as a Result
by Monica Sisavat 1 hour ago

Netflix
Calling All Sexy Beasts: Get Ready For Season 2 to Drop Later This Year
by Emily Weaver 3 hours ago

Netflix
Pogues and Kooks Alike Are Wondering: Will There Be a Third Season of Outer Banks?
by Mary Everett 20 hours ago