With graduation looming for the Glee kids, a few of the characters have to do some prep for their futures this week. For Rachel and Kurt, it's their NYADA auditions, and for Puck, it's passing a test so he can graduate. While the kids get ready for their various challenges, Coach Beiste faces one of her own when we learn a revelation about her home life. 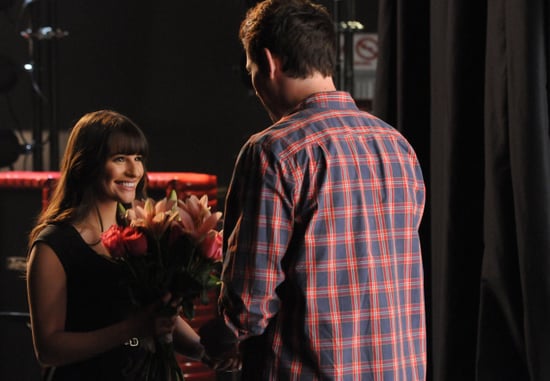 I should have known from the title that this episode would have someone failing, but I didn't expect it to have a disappointing ending for nearly every character who's highlighted. Let's go over all the bummers from "Choke" after the jump.

So, who else is as depressed as I am after watching this week's Glee? Surely a couple of these things will get resolved — perhaps Rachel will get another audition or find a different school, and if Donna Martin can graduate, so can Noah Puckerman. Let me know what you think in the comments.

AMC
The Future of Kevin Can F**k Himself Remains Unclear, but We're Hoping There's a Season 2
by Monica Sisavat 21 hours ago