The theme of this week's episode of Glee may be duets, but on the flip side, it also takes a look at some of the lonelier members of the New Directions. In a season that's been a bit all over the place thus far, this week the show really seems to hit its stride, serving up a nice mix of both serious and silly moments. 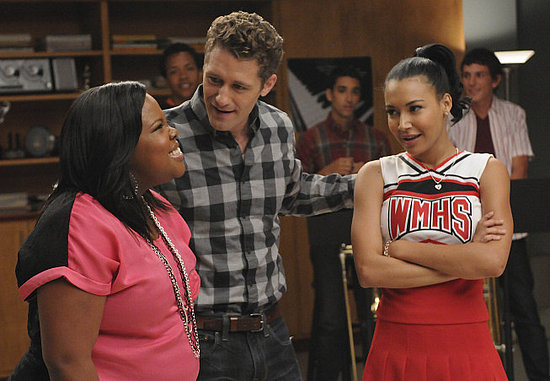 While some old favorites are tucked away this week (Puck's serving time in juvie, and Sue's not even mentioned), the smaller characters get to really shine. Brittany actually gets a little bit of depth, Quinn scores a new love interest, and Artie hits a major milestone. To get the chat going about the solid episode, just read more.

How'd you feel about all the singing and dancing this week? Which duet would you have picked as the winner? Let the commenting begin, or start your own topic in the Glee Club in the Buzz Community!

HBO
Mare of Easttown: Checking in With the Most Popular Theories About Who Killed Erin
by Divya Meena 14 hours ago

Netflix
Outer Banks Is Adding Some Fresh Faces For Season 2, and We Have the Full Breakdown
by Victoria Messina 15 hours ago