This week's Glee goes where no glee clubber has gone before: college. I suppose a couple of the graduates are technically off getting degrees, but when Finn decides to actually go to school (halfway through Spring semester), we finally get to see the inside of a dorm room. And guess who's in it? Puck! Over at McKinley High, Will is super moody, and frankly, everyone is acting weird. Sam is pretending to have a twin brother, Tina is suddenly really into steampunk, and with Sue out of the picture, Roz (NeNe Leakes) is taking over as head coach of the Cheerios. Meanwhile, in the Big Apple, Rachel gets reunited with an old family member just in time for her Funny Girl audition. 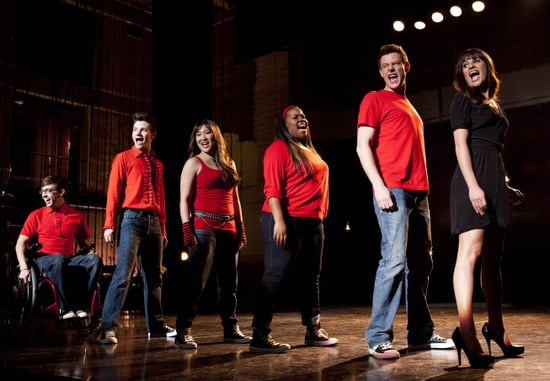 "Sweet Dreams" is one of the first episodes that I felt moved by in a long time, and of all people, it's Rachel who does the moving. I'll get to that in a bit, but first, check out a Spotify playlist of all the songs in the episode (including Marley's "original" piece) and the episode's highlights after the jump.

The Voice
The Voice: Watch This 14-Year-Old's Remarkable Audition That Got John Legend's Full Attention
by Karenna Meredith 17 hours ago

Halloween
This TikToker Re-Creates Iconic Scenes From Your Favorite Movies, and They're Hilariously Spot-On
by Yerin Kim 19 hours ago