This week's episode of Glee finds everyone pairing off — everyone except that couple that's supposed to say "I do." That's right, after all the friendship, flirtation, and courtship, Emma and Mr. Schue's big Valentine's Day nuptials don't end up happening. Luckily, her parents already paid for the reception, which means all the glee club kids get to party (and drink) for free! With Rachel, Kurt, Santana, and Quinn back in town, it seems everyone finds a partner to shack up — or, should I say, experiment — with. 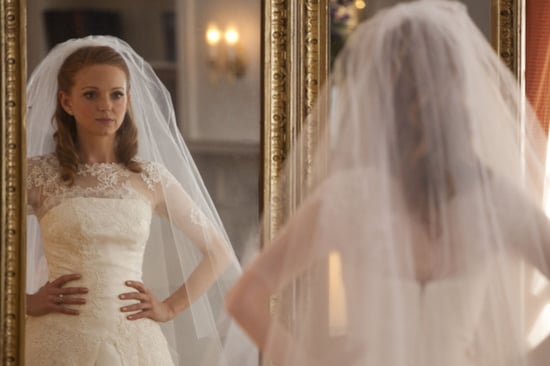 This episode is anything but filler for Glee, though I do think the writers missed out on an excellent opportunity to have Sam put on a special Valentine's Day impressions show. Listen to a playlist of this week's songs and delve into the highlights with me when you read more.

What did you think of The Glee Project's Ali Stroker making an appearance this week? Will she and Artie be McKinley High's new power couple? And why is Brody counting money leaving a hotel room — is he turning tricks or did I read that completely wrong?

The Bachelorette
The Clare Crawley Backlash Has Begun, but Does the Bachelorette Deserve the Criticism?
by Amanda Prahl 3 hours ago