Glee is back, now with more shirtlessness than ever before! Several weeks after the show's touching tribute to Cory Monteith, the cast has returned with enough Top 40 numbers to put a smile on any fan's face, especially if you happen to be "A Katy or a Gaga." We knew from the pictures that this would be an interesting episode, and the glee club does not disappoint. When Mr. Schue challenges the kids to find their inner Katy Perry and Lady Gaga, not only do they get in touch with their personal divas, but the kids also rustle up really authentic costumes. 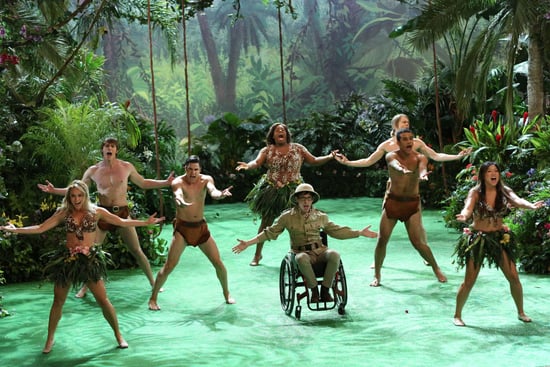 While Sam is in hot pursuit of Nurse Penny, Jake and Marley are in the midst of some growing pains, and Kitty's still into Artie. Over in New York, Kurt's sick of being Rachel's sidekick, so he decides to start his own band. Demi Lovato is still hanging around as well, which I kind of dig. Speaking of, let's dig into the highlights from this week's fun-filled Glee after the jump!

What did you think of "A Katy or a Gaga"?

TV
Who's Dating Who on Euphoria? A Breakdown of Every Messy Relationship
by Mary Everett 5 hours ago