When I heard that Glee was performing a Michael Jackson tribute, I basically starting moonwalking across the floor, but the episode didn't quite live up to my expectations. I definitely appreciated the effort, and there were absolutely some standout performances, but I would have loved more Jackson 5 or old-school Michael disco tunes. 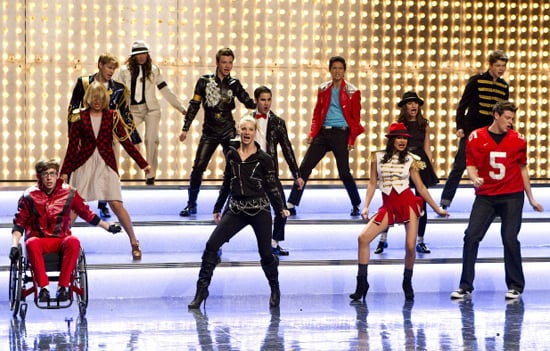 With so many songs crammed in, there's very little in the way of plot here. Basically, the entire episode is about the rivalry between the New Directions and the Warblers, and Sebastian emerges as the show's new villain when he hits Blaine with a jacked-up slushie. Oh, and Rachel finally gives Finn an answer to his proposal! Ready to break it all down? Just read more.

What did you think of this week's episode? Share your thoughts below!