Glee tries a new spin on the usual formula this week with original songs. When the New Directions members attempt to come up with their own material for Regionals, the results are, in most cases, just plain silly (no offense, Puck). Even so, they're still fun for us to watch! 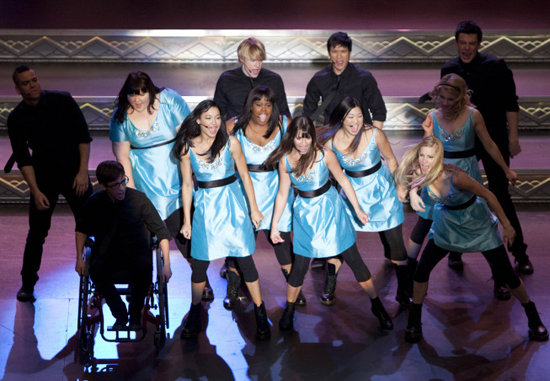 The various members of the club put pen to paper to express their feelings through song, but with one tune after another, there's very little time for storyline in the actual episode. Quinn is still trying to win back her popularity, Rachel gets misty over Finn, and Santana is ticked at Brittany following last week's big moment between the girls. However, there is one big reveal that's sure to get you talking. I don't want to give it away, so let's get right to it. Read on for the episode's highlights after the jump.

What did you think of the episode? Any lines you loved? (I laughed out loud when Blaine quipped about changing up the Warblers jackets.) Did you enjoy the original songs as much as the show's covers? Chime in below, or take your comments to the Glee Club group.

Downton Abbey
Are The Gilded Age and Downton Abbey Connected? The Showrunner Answers
by Amanda Prahl 10 hours ago