Either I just watched this week's Glee, or I just had an especially musical fever dream. We knew from the pictures of "Puppet Master" that this would be an interesting episode, but I didn't think it was going to be so . . . trippy. It's all about Blaine, Sue, and Pamela Lansbury as the school year rolls on, and Nationals approach. But who cares about the plot? There are puppets, and they sing "The Fox (What Does the Fox Say?)," making this the best episode of Glee ever. 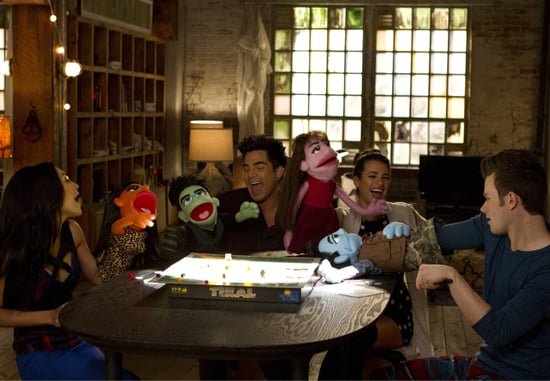 Seriously, this episode is nuts, and I loved every minute of it. There are some plot holes (how does Blaine make so many professional-looking puppets and how does he ship them to New York so fast?), but with its creativity and bizarre elements, this episode epitomizes the Glee I adore. Let's go over the highlights when you read more.